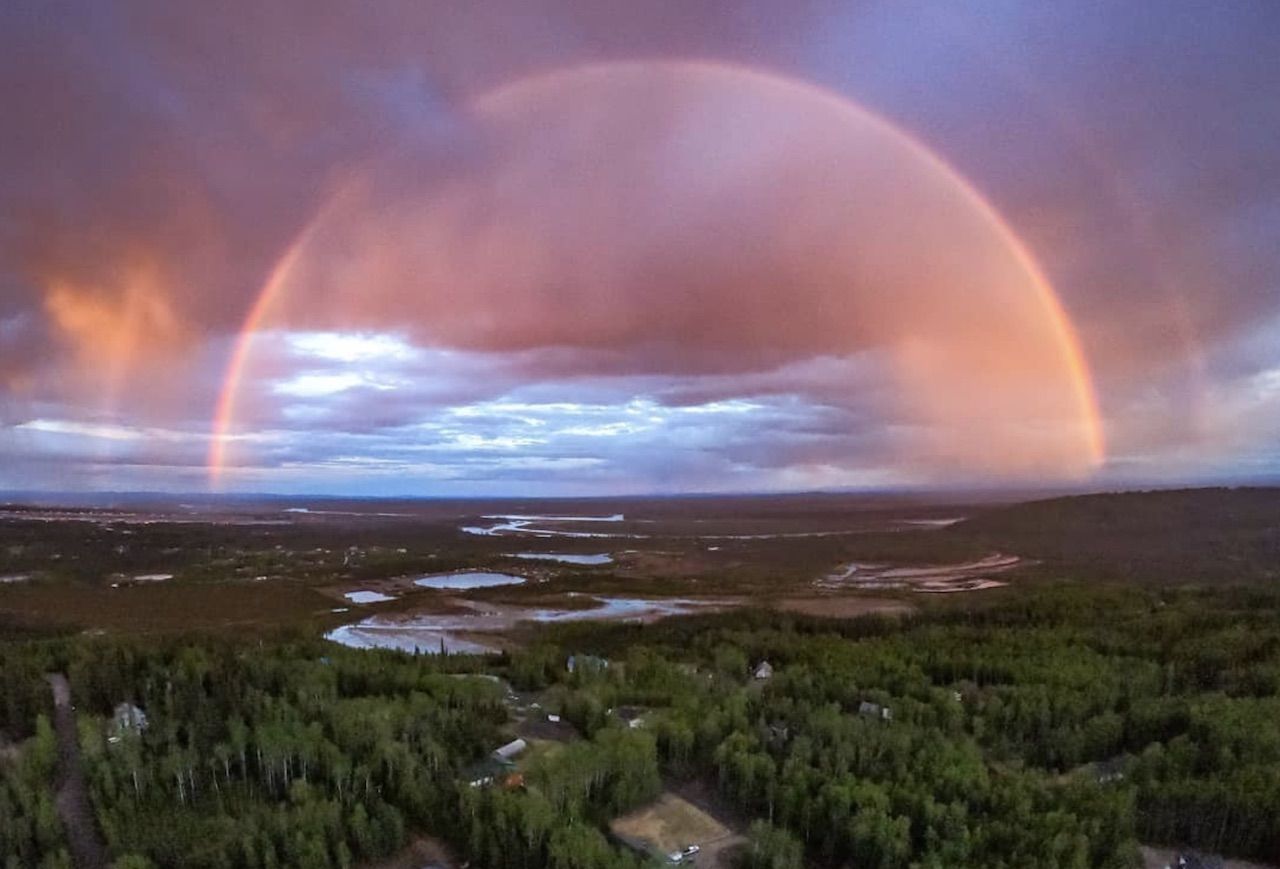 When we talk about the north and the Arctic, most of us picture snow, ice, and the northern lights, with a few polar bears and a narwhal thrown in for good measure. I for one think of dog sleds, biting winds, and the endless dark of winter — I’ve certainly never thought of the far north as a summer destination. I turned to Instagram to prove myself wrong and was schooled — very quickly — on the fact that when the sun barely sets, there’s a hell of a lot to see, explore, and do at the top of the world. Check out some of these ‘grams to see what the rest of the world is missing.

Descending into Iqaluit, in the province of Nunavut in Canada, looks almost tropical.

When the sun never sets, you can enjoy a midnight paddle like it ain’t no thang. This is the Kenai River, Alaska at 11:00 PM.

Those long, almost neverending, sunsets in Sweden aren’t too shabby, either.

So, sunset rainbows are a thing. This was taken at 11:30 PM outside Fairbanks, Alaska.

The Bahamas. No, wait. It’s another view from Nunavut.

You can hang out in the bustling metropolis of Longyearbyen, Norway, the northernmost city in the world.

The famous Dalton Highway in Alaska under the midnight sun.

Lofoten, Norway manages to look foreboding and tropical at the same time.

Purple midnight sunsets at the North Pole, Alaska sound like a bucket-lister to me.

As does island hopping in northern Norway.

You could literally paddle between glaciers, like this guy did at the Spencer Glacier in Alaska.

Or you can cruise among mighty giants in Greenland.

Kick back on the seemingly endless stretch of sand at Bishop’s Beach outside Homer, AK.

A post shared by Finnish Lapland FilmCommission (@filmlapland) on Jul 4, 2018 at 6:02am PDT

You can hold the sun that barely sets in the palm of your hand in Lapland, Finland.

And just outside Longyearbyen, we’re back to looking strangely tropical.

More like this: A surreal look at the underwater world of Mexico’s Cenotes

The post 19 Instagrams that prove summer at the top of the world is way cooler than we think appeared first on Matador Network.