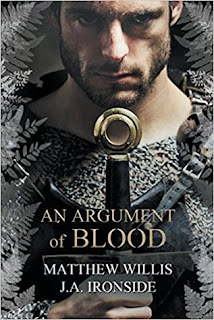 William, the nineteen-year-old duke of Normandy, is enjoying the full fruits of his station. Life is a succession of hunts, feasts, and revels, with little attention paid to the welfare of his vassals. Tired of the young duke’s dissolute behaviour and ashamed of his illegitimate birth, a group of traitorous barons force their way into his castle. While William survives their assassination attempt, his days of leisure are over. He’ll need help from the king of France to secure his dukedom from the rebels.

On the other side of the English Channel lives ten-year-old Ælfgifa, the malformed and unwanted youngest sister to the Anglo-Saxon Jarl, Harold Godwinson. Ælfgifa discovers powerful rivalries in the heart of the state when her sister Ealdgyth is given in a political marriage to King Edward, and she finds herself caught up in intrigues and political manoeuvring as powerful men vie for influence. Her path will collide with William’s, and both must fight to shape the future.

An Argument of Blood is the first of two sweeping historical novels on the life and battles of William the Conqueror.

Reading the early chapters of An Argument of Blood by J.A. Ironside and Michael Willis, William put me in mind of Henry V of England a couple of centuries later.  Both were kind of rowdy in their youths, but grew into their positions of leadership as time went on.  According to Shakespeare, Henry's actions were by design in order to get to know his future kingdom.  Apparently, William was just a spoiled  jerk as a young man.

I felt like I was wandering around in the background of castles (like Aelfgifa?) and battles.  I was there, yet not there.  I could see, hear and almost feel the action going on around me from the outstanding setting and descriptions given by the authors.

Historical fiction is one of my two favorite genres.  It makes the dry facts and dates of history come alive, while ‘teaching' the same information.  Naturally, authors have to take some liberties with information not contained in history books, to make the story more enjoyable.  Most try to make their works as historically accurate as they can.  An Argument of Blood is a prime example of such careful research, coupled with a thrilling tale!

The print version has 485 pages intrigue, cruelty, adventure, negotiations, betrayals (you name it, it's here) that puts many of today's action blockbuster movies to shame.  It even inspired me to look up some information about both the Normans and the Saxons of that time.

And as eager as I am to get to the warm weather months (as I sit watching snow come down outside), I will also be glad for the cooler autumn months of 2018, because that's when the 2nd book in the “Oath and Crown” series, A Black Matter for the King, is due to be published!  The way things were wrapped up at the end of book one, and given what I know of the historical period, I am very, very much looking forward to fall! 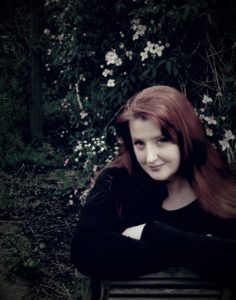 J.A. Ironside (Jules) grew up in rural Dorset, surrounded by books – which pretty much set her up for life as a complete bibliophile. She loves speculative fiction of all stripes, especially fantasy and science fiction, although when it comes to the written word, she's not choosy and will read almost anything. Actually it would be fair to say she starts to go a bit peculiar if she doesn’t get through at least three books a week. She writes across various genres, both adult and YA fiction, and it’s a rare story if there isn’t a fantastical or speculative element in there somewhere.

Jules has had several short stories published in magazines and anthologies, as well as recorded for literature podcasts. Books 1 and 2 of her popular Unveiled series are currently available with the 3rd and 4th books due for release Autumn/ Winter 2017.

Jules now lives on the edge of the Cotswold way with her boyfriend creature and a small black and white cat, both of whom share a god-complex. 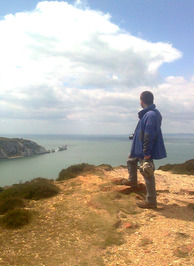 Matthew Willis is an author of historical fiction, SF, fantasy and non-fiction. In June 2017 An Argument of Blood, the first of two historical novels about the Norman Conquest co-written with J.A. Ironside, was published. In 2015 his story Energy was shortlisted for the Bridport short story award.

Matthew studied Literature and History of Science at the University of Kent, where he wrote an MA thesis on Joseph Conrad and sailed for the University in national competitions. He subsequently worked as a journalist for Autosport and F1 Racing magazines, before switching to a career with the National Health Service.

His first non-fiction book, a history of the Blackburn Skua WW2 naval dive bomber, was published in 2007. He now has four non fiction books published with a fifth, a biography of test pilot Duncan Menzies, due later in 2017. He currently lives in Southampton and writes both fiction and non-fiction for a living.

Click on the banner above to go to the tour page, where you will find links to numerous reviews of this title.  You can also find out how to become a blog host for future book tours while you are there!
(Disclosure:  I received a copy of this book from the authors and publishers via Historical Fiction Virtual Book Tours, in exchange for my honest review.)
Original link