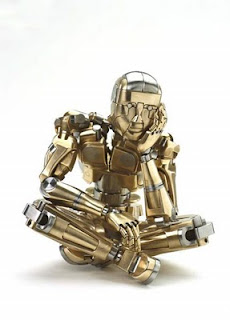 He leaned against the wall. All he could see upto the horizon was a dry, empty land, a barrenness rivaled only by the emptiness he felt inside.
Loading...

It had been twenty four years since he had first stood by this wall. Everyday since then he had been drawn to it to stand in front of it wondering what was on the other side imagining, dreaming until it was no longer just a wall but a doorway to a life, a life he had never lived… if only he could find the key.

For twenty-four years he had been drawn to that wall like a dying man drawn towards God and for twenty four years he had been trying to get to the other side. He couldn’t go around it. He had tried, tried walking along the wall all day and night, hoping and praying that it would end until he couldn’t move another foot, couldn’t take another step, until he collapsed into a heap, crying and laughing hysterically at his failure of such seemingly simple task, his failure to get to the other side.

But that did not deter him. If he couldn’t go around it , he would try going above it but no matter how much he tried, he was always two inches too short. After what seemed like eternity he tried the next possibility, going under it. He began to dig and dig and dig until his hands were so raw, that the dry sand was permanently stained red.

Suddenly a thought occurred to him. He moved the pebbles towards the wall and started climbing, clawing his way over the wall until he got to the top and then fell to the ground on the other side. He kept his eyes tightly shut waiting for the perfect moment. It was nearing dusk and the sky was purple with streaks of crimson gold as though the painter had felt that it required something extra to keep it burning. He sat up, slowly opened his eyes. He smiled.

He leaned against the wall. All he could see upto the horizon was a dry empty land, barrenness rivaled only by the emptiness he felt inside.