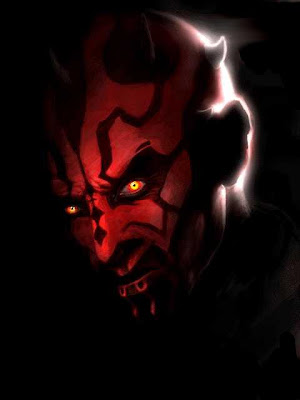 (This is my latest form my Sports Blog)

Jupiter, FL – Mark McGwire, the new batting coach for the St Louis Cardinals, reported to spring training today, arriving in an SUV. He wasn’t alone. He sat next to a man in a red tuxedo. The man radiated heat, and had room in his pants for a long tail. He was the Devil.

They looked out the window, and saw a battery of news reporters waiting in the parking lot.

“I didn’t think it would be like this, again,” said McGwire. “I’m being hounded every place I go. Damn reporters.”

“It’s hell, isn’t it.” The Devil giggled, and shook his head. “Come one, McGwire. You’ve been through this before. You’re what, 46 years old now? We figure you got a good thirty years more of this.”

“Thanks.” Mark looked over, his eyes dark. “Don’t you have something better to be? Other poor souls to torment. Why are you here, anyway?”

“Part of the deal, McGwire. We get to visit time to time. Hey, I didn’t twist you arm, back then. You came to me, remember?”

“All right already. I screwed up. But come on, that was a long time ago.”

“What is this, do I see tears? We signed a contract, my friend. I did my part, now you’re all sad. You’re not going to cry?”

“Be honest. Was any of this my fault? Come on. If you had it to do it all over again, would you stay clean? No steroids?”

“That’s what I thought,” said the Devil. “You’d be surprised how many sign up. Five year of glory; world records, batting titles, Olympic gold medals. Then, it’s over. Poof, you drop off the map. It’s too much for me personally to handle. So, to cut down, I only talk to a chosen few. Like you, McGwire.” He looked over at McGwire. And rubbed his brow. “I’m thinking, I need a vacation, you know.”

“You don’t take vacations, I know that.” McGwire looked out the window at the reporters again. “Every time, for the rest of my life. I see a kind of hostility in their eyes when they interview me.”

The Devil unfolded a piece of paper and held it up to the light. “Says right here, ‘I want to hit more homers than Maris,’” He poked it in front of McGwire. “That is your signature, right?” He grinned.

McGwire pushed it away, and stared down at his hands.

“You wanted to hit more home runs than Maris.” He put the paper away. “Okay, a tall order, but we made it happen. I was your guy, remember. I was your Savior.”

“Enough,” said McGwire. “That was a long time ago. I took your steroids. But, I’ve confessed…I’ve confessed.” He rubbed his hands together.

“Confession? What confession?” said the Devil. “‘Steroids gave me the opportunity to recover from injuries and get back on the field, resulting in more at-bats but not necessarily adding to my home run count.’ That the story you’re going to stick with? That’s you’re, ‘I’m coming clean here,’ story. Good luck selling it.”

Marc mumbled, “I could hit home runs. I always could. Without your help.”

“My friend, I’m like a loan shark. You take our money. And when you don’t pay on time we break body parts. But I like you McGwire. So we’ve been pretty easy on you. Come on, who do you think got you back in the major leagues.”

“Shut up, McGwire. Smart ass. Look, you were doing us no good in retirement. I consulted with some of my, how do you say, homies, and we worked out a plan. You had to start paying us back. Get you back in the public eye. You saw the movie Damn Yankees, you knew when you signed up how it was going to end. You’re not stupid, McGwire. Hell, didn’t you go to USC?”

“I was good back then.” said McGwire, picking at his knee. “The drugs didn’t change that. I can hit home runs. The steroids got me back on the diamond faster. Quicker recovery time.”

“You keep telling yourself that. Weak, McGwire, weak.”

They looked out the window again.

“So this is the hell you said was coming one day?”

“Now you’re getting it, McGwire,” said the Devil. “You will NEVER be asked again, ‘How did it feel when you hit a homer?’ or ‘My son wants your autograph, he wants to be just like you,’ or ‘Will you come to my son’s school on Good Guy Day?’ He laughed. “That’s hell.”

They came to a stop, parking by a sound truck.

“Hell, we let you slide. Cute trick you making that statement AFTER the hall of fame voting. You were supposed to keep your mouth shut about all this. But this is better. Every time your on the field, every time you’re interviewed, every time there’s a close up, everybody will think steroids. He was a fake, a phony, a traitor to the game.” He looked over at McGwire. “Hey, you gotta laugh. Come on. It’s what I live for.”

“I’ll bet,” said McGwire. “Don’t suppose I could get you to…re-negotiate my contract.”

“I ain’t got time for this, McGwire. Supposed to be talking right now with Sammy, and later today with Barry, guys need to get hassled a little.” He glanced down and thumbed his red-BlackBerry.

“You’re kidding right. Re-negotiate. Good one. Might be able to pull that crap with management, but it’s me you’re talking to. I don’t negotiate, if you haven’t heard.”

“Give it up. McGwire. Would you vote in a steroid user?”

“We made Jose write his book. Stroke of genius. We needed kids to see what drugs could do for them. Makes them hit home runs. They don’t have to spend their lives in the weight room. Come to Papa, sign up, and you’re a hero. For a while anyway. I tell them what will happen but they don’t listen. They want to be heroes. Brilliant! Our master plan. How do you like it, McGwire. You like it?”

“So there’s nothing I can do…”

The devil looked over, smiled, then laughed hard. There was some smoke, and he was gone.“See ya round, McGwire.”

Mark McGwire, the new Cardinal batting coach, took a deep breath, and opened the door. The reporters were there, pointing their microphones, and tape recorders, looking up with half smiles. And he saw it in their eyes.

“Mark, how did taking steroids…”