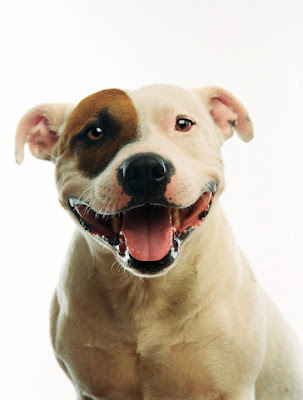 This is the latest from my sports blog. Hope you like it.)

“Next? Step up please and state you name.”

“You’re at the Pearly Gates. Where’d you think you were?”

“Well, buzz me in, can’t stand out here. All these clouds.”

“Should be ‘whom do you think,’ sir. But…let’s see.” He flipped pages in a large book. “Michael…Vick… Vee..Vee…Vick…Vick… Oh, here we are. Michael Vick. Oh yes…Mr. Vick.”

A long haired man in sandals waved. “Hey, Peter,” he said. “Busy at work I see. Dad’s called a meeting, half an hour, so I’m taking a walk, getting some fresh air.”

“Where the HELL am I,” said Vick. “Last thing I remember I was having this dream, I’m getting sacked, tried to run off tackle, hit my head, everything goes crazy…now this?”

Both men turned and looked at Vick.

“Not quiet so fast, my friend. It doesn’t work quite that way. You’re at the Pearly Gates, Mr. Vick”

“Let me have a look, Peter.” said the man in the sandals. Together they both read about Mr. Vick in the large Book. Then both stared out at him.

And,” said the man in the sandals, “some not so good things the way it looks here in the book.”

He read further down. “I see you were recently on TV, talking about your past, and how you were sorry about that trouble with the dog fighting. ‘The Michael Vick Project,’ on BET.”

Heads down, they both kept reading. “This sure doesn’t look good for you Mr. Vick.” said Peter.

“I said I was sorry, in the documentary.” said Vick. “About those dogs. You gotta give me credit. I thought I was real sincere about it.”

“Yeah, we watched it up here.” said the man in the sandals. “You blamed your past for the way you treated your dogs.”

“That’s what happened. I was brought up in a tough place. I was the victim in all that.”

“Please, Mr Vick. You know who you’re talking to here?”

“Okay,” said Vick. “That documentary was my agent’s idea. Supposed to get my reputation back on track. Eagles looking to probably trade me, maybe to St Louis. They get more money if the fans feel better about me.” He shook his head. “They are also looking at this new kid Sam Bradford. But St Louis needs a pro.” He came up to the gate, and grabbed the bars. “Wish this dog thing had never happened.”

“Do you wish it had never happened,” said Peter. “Or do you wish your cohorts had not informed on you so quickly to the authorities. Ghoulish activities don’t you think?”

Vick rubbed his hands together. “Something about me. I’m a winner, everybody knows that, but once I got into those dogs, I did what I did. I needed winning dogs, that’s all.”

“Well, what about this, Mr. Vick,” said the man in the sandals. “Says here Playgirl Magazine offered you $1 million to pose naked. It would be donated to PETA. That’s a way to give back to animals. Take a day or so. What do you think, is that possible? We’re talking a million dollars.”

“That’s degrading. Can’t I get past this dog business? I screwed up and now I’m paying for it. People telling me it’s not my fault anyway. It’s where I was brought up.”

“Poverty is bad, I get that.” said the man in the sandals. “Note to self. Talk again to Dad about living conditions. Something he should work harder on.” He rubbed his forehead. “Anyway, Mr. Vick, you say you’re not to blame for any of this?” He looked down at his watch. “Oops, gotta start getting back.”

“Hey I spent time in Leavenworth. I did my time. Hell…sorry…Heck, the NFL took me back. They must think I’m okay.”

“Sadly, Greed has corrupted the NFL,” said Peter. “You can still attract fans, so you have some value to them. It’s beyond me you still have any fans after all this. The NFL, claiming family values, still accepts you back in uniform. Certainly barbaric, if not evil, things you did to these dogs, Mr. Vick.”

The man in the sandals put his hand on Peter’s shoulder. “Peter, calm yourself now.”

Peter nodded, then looked out through the bars. “Mr. Vick, others do well playing football, but don’t treat God’s creatures in such a way. Remorse, Mr. Vick. Do you truly feel bad about what you did? Says here, you drowned and hung your dogs that did not fight well.”

“I had to have winners. They weren’t of any value to me. They were not winners. They had to suffer for it. But, I know that’s wrong.” Vick looked down, and took a deep breath. “I just have to stay away from dogs, I guess.”

Peter looked back at the book. “You were penalized, by being imprisoned and fined. But the fine was very small. It didn’t even cover the rehabilitation of your own dogs, did it?”

“I did what my lawyers told me. That was the deal. I did hard time for killing some dogs. Other guys getting probation for doing all kinds of things. Now I got to get back to living my life. Lost a huge contract, too. Millions.”

“Much has to be done in your life.” said the man in the sandals. “This episode in your life will forever haunt you.”

Peter looked over at the man in the sandals. “ Why does this man continue to get press? His documentary was co-produced by his own production company, letting him share only what he wanted to share. Of course, this impacted his life. What about the innocent dogs tortured and killed. What about…”

“Yes, I know.” said Peter. Then he looked through the gate at Vick, “Well, Mr. Vick, this is you lucky day. Seems it is not your time yet. You’re getting a second chance.”

The man in the sandals raised his hand. “Mr. Vick. I’m a person that gives a lot of second chances. Some times I think too many. But, it’s not your time. You’ve suffered a concussion in your dream. Give it about fifteen minutes, you’ll wake up, and this will be like…well, a dream.”

“So, what do you think I should do? I don’t want to go to…that other place? Make me a list or something. You guys know.”

“Hey Peter, “ said the man in the sandals. “Gotta go. Late for the meeting. Got a few things to talk about. Greed’s been the main topic for some time now. Maybe we’ll get talking about Cruelty. We really have to get down with that. And Poverty too.” He waved as he left.

“A list,” said Vick. “Something I can do, so I don’t have to go through this again. Guys, you can’t just leave me. Should I confess everything? Pose for those PETA people? Adopt some smaller dogs, ones that don’t fight, that’ll look good, right?”

That’s my take. What do you think? How ‘law abiding,’ should a pro athlete be? After time spent is all forgiven?