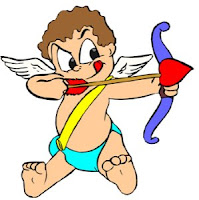 It was such an important meeting.She thought it was unusual that the venue was Coffee Day.Nevertheless , braving the traffic and heat of Hyderabad , she reached the place, almost on time.The cold air pricked her face the moment she entered the cafe.She joined the editor,also a friend's friend, who was meeting her today to discuss the possibility of publishing her book.Coffee and muffins were ordered and real numbers formed the major part of their conversation now.As ideas and words were rolling,the editor seemed to be in awe of this young girl.He was almost mesmerized by the depth of her kohl rimmed eyes,the ethnic look and the happy smile.It was not rare that he met interesting and interesting looking people, but there was something unusual about the way she was. Also looking at her in the same light was a young man seated two tables next from her and the editor. Only , she could sense his heartbeat and not the editor's.As the young man was staring at her beautiful face , she could not ignore him either. There was nothing spectacular about him.A simple looking guy , moderately dressed , he was until then crunching numbers on his laptop.The breeze that the girl brought in when she entered left him breathless and he stopped everything he was doing.There was something very endearing about her for him and she was fighting glimpses of all the faces she had ever seen all her life to recollect who he was , as he seemed utterly familiar. The lust filled editor gave her enough information and the purpose of the meeting was served. The young man thought she was with the editor and started building a story around them in his mind , sipping his coffee. The girl was glad the meeting was almost done as she had made up her mind to walk up to the young man to talk to him.But thats when the young man was joined by his colleague ,a girl who sat next to him and began talking only after planting a not-just-friendly peck.She instantly coined them a couple just as the young man thought that she and the editor were a couple too.They just exchanged hopeful glances , stared at each other for a moment and went on with their respective meetings and lives.

Cupid , who was dressed as a waiter that afternoon at Cafe Coffee Day thought ”I cannot believe I have to make their paths cross again !!!!”