That’s how, one of the media features on Elizabeth Taylor, described her life, after her death recently. It caught my attention. I thought it was odd to summarize a person’s life that way; two major milestones – marriage & career – numbered!! 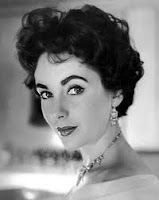 Taylor was an accomplished actress, a mother, a fashion/style icon, was infamous for possessing some of the most incredible pieces of diamond jewelry, & had also worked towards AIDS. None of that mattered now. Her seven husbands & eight marriages did! Ok, the 7-8 because she had married Richard Burton twice! After 10 years of marriage, the couple divorced. 16 months later, they remarried. 10 months later, they were divorced a 2nd time!

The thing I found fascinating about Elizabeth was she always ‘officially’ married the man she loved. She could have easily had one of those flings/one-night stands/affairs, whatever you call it, with the person she was so passionately attracted to. She need not have committed herself into an institution. But she did. She didn’t just love & leave. She married.

We humans still find it abnormal, strange that a woman should or can have more than one husband. [Aside: animals seem to be quite okay with a female having multiple mates!!]. And if any woman has had, then, invariably, only that becomes the highlight of her life.

Would a man be described similarly? “Mr. NMY – 5 Marriages, 7 Live-ins, 4 Divorces, 20 kids, and 1 Oscar”? No, probably not. Why not, I wonder!? Why is marriage the identity definer only for a woman? Men tend to become more responsible, mature, and caring after marriage. Marriage has that sobering, settling effect on them. Well, at least, I believe it does! So, shouldn’t it be a differentiator essentially for a man than a woman? I know women who have totally and completely submerged their identities with their husbands’ and are seemingly happy about it. They never fail to fascinate me! 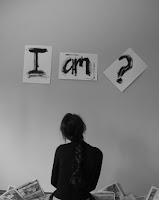 By the way, what would MY last line be? Woman married to the same man for X years? Ha! I am not quite sure if I want to be remembered just or only as Sathya’s wife. Of course, it is an important aspect, very important, of my life. But it’s just that I have done things without & in spite of him too. He came into my life when I was 28. A major portion lived, without even knowing, he existed.