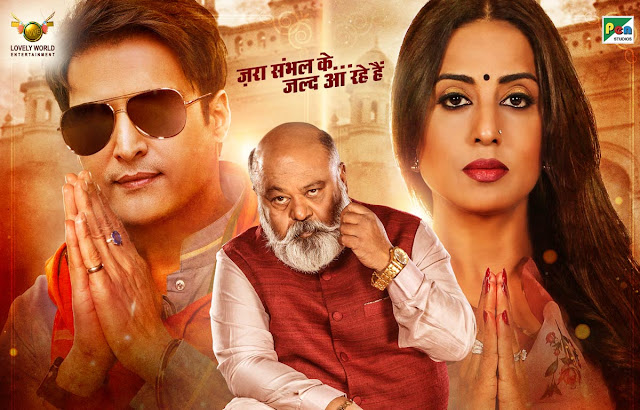 Manoj K Jha’s Family of Thakurganj is set in small town called Thakurganj and follows a family of two brothers with different attitudes towards law. While one of them is law abiding, the other lives in an absolutely lawless manner. The film stars the likes of Jimmy Sheirgill, Mahie Gill, Yashpal Sharma, Pavan Malhotra, and Manoj Pahwa. The film’s screenplay is written by Dilip Shukla who is known for his work on films like Andaz Apna Apna, Dabangg, Veerey Ki Wedding, Jai Ho, and Dabangg 2. The writing is dialogue heavy in keeping with the old tradition of action films.
In the recent years Hindi cinema has made conscious attempts to focus on stories based in the Hindi heartland. Interestingly, Jha has previously assisted Tigmanshu Dhulia who of course deserves a lot of credit for starting the trend (along with the likes of Anurag Kashyap and others) of making hard hitting films set in the Hindi heartland. As for Jha, he was certainly destined to make a film like Family of Thakurganj, having worked under Tigmanshu for so long.
Family of Thakurganj features a gamut of colorful performances. While Jimmy Sheirgill is brilliant as Nannu, Saurabh Shukla is menacing to watch as Baba Bhandari. Shukla has really grown more intense as an actor in the recent times. His dialogue delivery is is only getting better with each film. As Nannu’s ruthless wife Sharbati, she will certainly remind a lot of viewers of Madhvi Devi from the Sahib Biwi Gangster series. The ever so understated Pavan Malhotra exudes the mannerisms of a caged tiger as SP Rathore. Let’s not forget that Malhotra is the same actor who has played iconic characters like Salim Langda and Tiger Memon. The rest of performances are also quite solid.
Family of Thakurganj is nicely paced and keeps one engaged throughout. But the movie is a bit high on violence quotient but those who enjoy a heavy dose of action in their films wouldn’t really mind it. If you liked Bullett Raja and the Sahib Biwi Gangster films then Family of Thakurganj would certainly appeal to you. Family of Thakurganj is raw and gritty, an unapologetic tour de force with absolutely no reservations. Here is a non-stop masala entertainer with an engaging narrative and no-holds-bar performances and some eye-catching cinematography.
Rating: 7.5/10
Readers, please feel free to share your opinion by leaving your comments. As always your valuable thoughts are highly appreciated!
Previous Post: ‘The Lion King': Video Review
Complete List of Reviews
http://feeds.feedburner.com/APotpourriOfVestiges