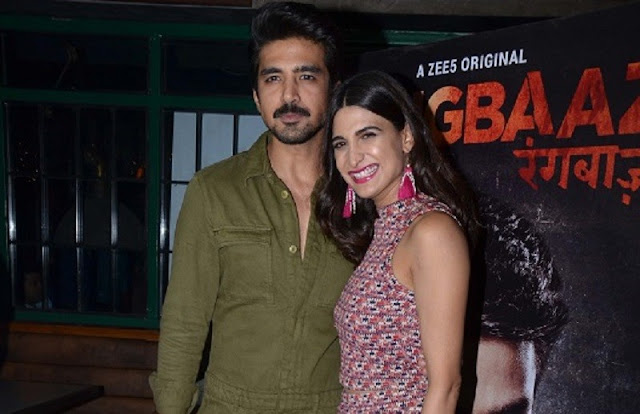 With so much new content available for binge-watching, it often becomes difficult to revisit some of our favourite shows. But we can always revisit some of the best moments from our most favourite shows. That’s the beauty of streaming platforms. If you want to revisit a show it’s only a matter of few clicks. ZEE5 Original Rangbaaz is one such series that’s endlessly watchable owing to its immersive story, colourful characters and brilliant cinematography. Inspired by true events, Rangbaaz is based on the life of Shiv Prakash Shukla who went on to become the most feared gangster in Uttar Pradesh during the 1990s. The eponymous role of Shukla is essayed by Saqib Saleem with great conviction. Rangbaaz also stars Aahana Kumra, Ranvir Shorey, Ravi Kishan, and Tigmanshu Dhulia. By bringing us face to face with the 1990s Gorakhpur underworld governed by an unholy nexus of gangsters, police, and politicians with each vying for power and supremacy Rangbaaz offers a very refreshing and unique take on crime based series. So, without any further ado, let’s revisit some of the best rewatchable moments from the ZEE5 series.
#5. The Birthday Scene
The scene is both funny and romantic and takes places at the very beginning of the first episode of the nine-episode series. But it begins on a very tense note. Given the general tone of the series what transpires in this scene takes us completely by surprise. A group of tough-looking men step out of the car to enter an apartment in the middle of the night. They all have large bags in their hands. Ominous music plays in the background as they climb upstairs. One of the rings the bell and a tensed looking girl (Aahana Kumra) comes at the door. The moment she steps out they start singing a birthday song for her. It is here that we realize that the girl is none other than Shiv Prakash Shukla’s love interest. These men are sent by the gangster, who is on the run, to greet her lover and also present her with a mobile phone so that he can personally wish her on her birthday.
#4. The meeting between Shukla and Chandra Bhan Singh
The scene unfolds in the first part of the fourth episode. The meeting sets Shukla on a new course and that’s what makes this an important turning point. Chandra Bhan Singh (Ravi Kishan) who is spending his time in jail asks Shukla to draw his attention to railway contracts. Shukla asks him for some time to make his final decision. If he accepts the proposal made by Singh, he will no longer have to serve Ram Shankar Tiwari (Tigmanshu Dhulia) as a pawn. Ravi Kishan gets to do most of the talking in this scene and there are few actors around who can deliver dialogues with such as effortless ease as Kishan.
#3. The final conversation between the father and son
Despite being a series that’s high on spine-chilling action, Rangbaaz also offers some tender moments. The delicate relationship between Shukla and his disciplinarian father is handled with great care. Yogendra Tiku is exceptional in the role of Shukla’s father. At the halfway point in the ninth and final episode, Shukla finally musters the courage to call up her father. When his father picks up the phone, Shukla is unable to utter a word for a few seconds and then somehow he manages to greet his estranged father. While only a few words are exchanged between the father and son the non-verbal moments make the scene highly memorable. Such is the emotional impact of the scene that it is really difficult to stop one’s tears from flowing.
#2. The first kill
They say that the first kill is usually the hardest. During his short life, Shiv Prakash Shukla killed many people in cold blood but Rangbaaz reminds us that the first time he killed was more or less an accident. The scene takes place towards the end of the first episode. A young Shukla loses control over his sense of learning that a man has sexually assaulted his sister. He leaves his home in high dudgeon with the aim of revenge. Borrowing his friend’s pistol, he confronts the man who assaulted his sister. But his hands begin to shake while taking the aim. Soon a struggle starts between the two men and amidst the confusion the trigger is accidentally pressed which kills the other man instantly. Shukla somehow manages to run away from the scene but the incident scars him permanently. The scene is brilliantly shot and Saqib Saleem looks very convincing.
#5. The final shootout
The epic shootout that takes place towards the end of the ninth and final season is easily the best shootout ever seen on the web. As Shukla struggles with his regrets he comes to meet her girlfriend but he is intercepted by Sidharth Pandey’s force and the result is a bloody showdown that will send chills down your spine. Shukla corned like a caged tiger refuses to go down without a fight and in the process ends up inflicted a lot of damage to Pandey’s team. Saqib Saleem as Shukla is a sight to behold in this very scene and fights Pandey and the team like a man possessed. Ranvir Shorey as Pandey too manages to hold his own. As great as this scene is, it is certainly not meant for the faint-hearted.
These were some of the best moments from the series Rangbaaz. I’ve enjoyed watching them and I think so shall you.
Readers, please feel free to share your opinion by leaving your comments. As always your valuable thoughts are highly appreciated!
Previous Post: Judgementall Hai Kya: Review
Complete List of Reviews
http://feeds.feedburner.com/APotpourriOfVestiges