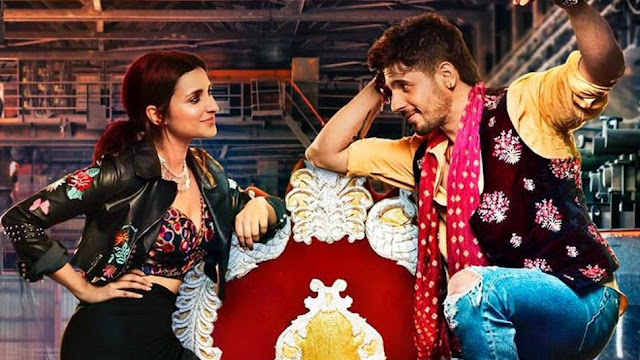 Thanks to the recent success of films set in the Hindi heartland, Bollywood filmmakers these days are very keen on making more such films. The basic idea is to woo the audiences in tier-2 and tier-3 cities spread across north-central India. Also, a major chunk of the Hindi-speaking youth working in the metros hails from these places. So it’s really a win-win situation for Bollywood. In fact, a lot of the leading actors who are best known for playing city-bred, urbane characters are now looking to play characters hailing from Uttar Pradesh, Haryana, Bihar, Madhya Pradesh, Uttarakhand, Rajasthan, Chattisgarh, etc. The best examples that come to mind is Shah Rukh Khan in Aanand L. Rai’s Zero and Hrithik Roshan in Super 30. The same is true of Sidharth Malhotra whose character in Jabariya Jodi takes a departure from the polished characters that he has recently played in films like Ittefaq, Aiyaary, Baar Baar Dekho, and Kapoor & Sons.
Now, even a brief look at Malhotra’s filmography is enough to make one realize that amongst all the A-List actors currently working in the Hindi film industry from age 25 – 35, he is the mostly unlikely to play a Bihari. And yet he is cast in the role of a Bihari in Jabariya Jodi. Directed by Prashant Singh, who previously served as first assistant on films like Tanu Weds Manu, Raanjhanaa, and Isaaq, Jabariya Jodi deals with the issue of forced marriage practice prevalent in the state of Bihar. Usually the girl’s family, unable to pay dowry, hires a goon to kidnap a guy who is forcibly married to the girl. In most of the cases the marriage takes places without the consent of the guy or the girl. Playing a goon named Abhay Singh who oversees such weddings, Malhotra, to his credit, just doesn’t hold back. While his energy levels match the character’s needs, he looks a bit uncomfortable in the scenes which require strong dialogue delivery. Parineeti Chopra, who stars opposite him, looks far more comfortable. But some of the scenes they share are certainly fun to watch.
Jabariya Jodi touches upon a very important subject but it’s a kind of a subject that requires a much deeper examination of the socio-economic factors that drive the practice of forced marriage. Also, the film’s screenplay seems to lack purpose for the most part. The situation is aggravated by Singh’s lackluster direction. The most disheartening part about the film is the acting talent that goes wasted. The likes of Sanjay Mishra, Javed Jaffey, Aparshakti Khurana, and Chandan Roy Sanyal deserve much better parts and certainly a much better screenplay. Easily the best part about the film is the relationship arc between Abhay Singh and his mother, essayed by Sheeba Chaddha, but sadly even that isn’t properly explored.
Rating: 2.5/10
A version of this review was first published in The Sunday Guardian.
Readers, please feel free to share your opinion by leaving your comments. As always your valuable thoughts are highly appreciated!
Previous Post: 7 things you didn’t know about Robert Durst
Complete List of Reviews
http://feeds.feedburner.com/APotpourriOfVestiges