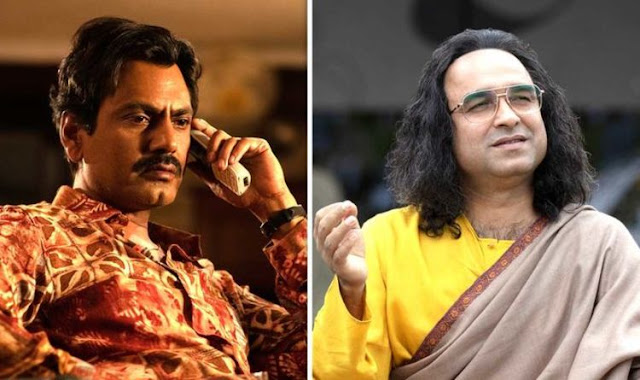 After a lot of anticipation the second season of Sacred Games is finally out on Netflix and just as expected it tries to connect the dots. It also answers a lot of question that were left answered at the end of the first season but certainly not all which means that there will most likely be a third season and maybe possibly even fourth.
Now there is no denying that in terms of scope and production values Sacred Games 2 is bigger than the opening season but unfortunately the audience response so far hasn't been very good. While I was watching the new season I observed a series of issues/problems with it. So I have endeavored to touch upon five of the most critical of them.
Lo and behold!
#5.
Jamila's static age across decades is quite easily one of the major problems. One really wonders why necessary efforts weren't made to address this.
#4.
The inability of actors (other than Nawaz) to naturally speak cusswords is another major problem. For some reason cusswords are forcefully added to the dialogue many a times and it is fine if the actors are able to deliver them with authority.
#3.
Neeraj Ghaywan's direction is yet another major problem with the second season of Sacred Games. The Sartaj section that he directs is not only flat but also the performances are below par. Motwane, a far superior director than Ghaywan, did a much better job with Sartaj's storyline in the first season.
#2.
Surveen Chawla's character Jojo is troublesome in so many ways and it severely mars the second season of Sacred Games. Her self-torturing, inspired by the character Silas from The Da Vinci Code, is far from convincing. Also since Chawla hams for the most past, it in turn also undermines the good work done by Nawaz in the scenes the two of them share.
#1.
The superlative acting of two of India's finest thespians Nawazuddin Siddiqui and Pankaj Tripathi in the second season of Sacred Games exposes the other actors (with the exception of Amruta Subhash who is brilliant, Aamir Bashir who is solid as ever, and Ranvir Shorey who is terribly underutilized) on display. That's what can happen sometimes when there is such a drastic difference between the caliber of performers working as part of the same ensemble cast. The real culprits here are the directors Anurag Kashyap and Neeraj Ghaywan for failing to inspire the rest of the cast to raise the bar.
Readers, please feel free to share your opinion by leaving your comments. As always your valuable thoughts are highly appreciated!
Previous Post: Akshay Kumar, Sonakshi Sinha, Tapsee Pannu, and Kirti Kulhari promote Mission Mangal in Delhi
Complete List of Reviews
http://feeds.feedburner.com/APotpourriOfVestiges