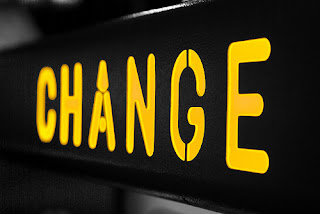 Humanity has always despised change and every now and then they erupt with such rage and violence that simple conscious cannot stand its toll. This all-consuming rage directed at whatever it is that has caused this change upon the delicate society. For over a decade we have been preparing for just another of these great changes. A change is coming where the old freedoms have to be re written with new freedom.
Though every time we say that it’s just another change we realize it’s no passing matter. The change how small or great is never the real problem but what happens when the change comes is what that bothers. As someone wisely said “The night is darkest before dawn”, so is the nature of every change. Just before the change all reduce to chaos, all become dangerously unstable, books are to be rewritten understandings are to be changed. The true colour and nature of change brings forth the rue colour and nature of the ones whose lives are about to be rewritten. Some of them accept, some resist, others fight and when the change is larger and ever the more radical the resistance is higher.
For any change to take place in a society the society has to mature and a considerable amount of consciousness has to evolve and only when a society so becomes mature and potent that the change happens. And when the change is seen through and the perils of the darkness have been abolished comes solace, a deeper understanding of self and self-righteousness.
But then again we ask ourselves why change, can’t we live in the apathy of the world and let chaos be chaos? The truth is human beings are totally and completely incapable of handling serenity. Once freedom has been seen humanity cannot rest until this freedom has been established. Many lay there life for ideals far greater than themselves and in this process they become the ever remembered symbols of change. 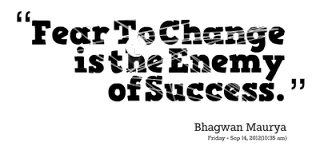 Humanity has always been an optimistic species and even when subjected to darkest of hours they tend to find the way to light. Unlike what the majority of world believes humanity is not a lost cause, they are in fact lazy but never lost. As duly noted by one eminent mind that humanity tend to act only at the precipice of danger. They like the stupid frog sits in the water as it simmers only realize the danger when the water around it starts boiling.
The time is ripe and humanity has made the duly awaited leap. Now all that remains is the change itself and when the time is right a spark will fly and that spark will ignite in us all a flame. A flame so glorious that it cannot be extinguished by any one or any power and that spark will see it through that humanity is changed for the better once again.