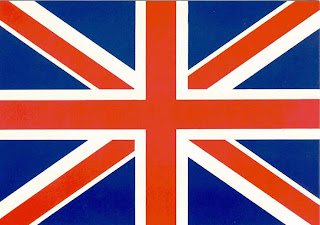 One of the events that have caught my attention today morning is that the importance & coverage given to the birth of the future monarch in the United Kingdom. I agree, it is a wonderful occasion for the Royal family & to the whole of United Kingdom but it has been reiterated again & again by the British media as if no other incidents are happening around the world. A severe Earthquake has been experienced in China on the same day & scores of people have lost their lives & they seem to be not concerned about that.
I’m starting to feel for the royal parents as there is no respect for their privacy. News like “Prince William stayed overnight with mother & baby” makes me laugh my heart out as every single father in the world would do that. Kate Middleton delivered a child, which is done by a woman almost every second around the world.  There are more incidences happening in the world which require greater media coverage than an occasion which would happen in any family.
Maybe, its the nature of the English media which ostentatiously describes even the small achievements made by their athletes. Let’s take the example of Cricket. Apart from inventing the sport they had not done anything great on the field. Yet, they are one of the major teams throughout the history of cricket just because of the powerful media they possess. Surprisingly, over the last few years England are playing good cricket but a deeper analysis will reveal that half of their players are from other countries like South Africa, Ireland, etc. Moving on to Tennis, No Englishman had won a Major tournament since 1936-(after which a world war had been fought over & several historical moments had taken place), until Andy Murray won it a fortnight ago. A key note is that he is a Scot!! No need to talk about another game which they had invented, Yes, I’m talking about football, where they are still exhibiting the same mediocre quality which their predecessors exhibited for decades. Yet, they talk as if they are champions of world even though there is nothing in their trophy cabinet.
So, Its the powerful media like BBC, The Guardian, Telegraph, The Sun which is creating all the buzz & blowing their bandwagon rather than focusing on their reality. Its just a thought just struck, not to be taken serious by a true English fan- If available!!