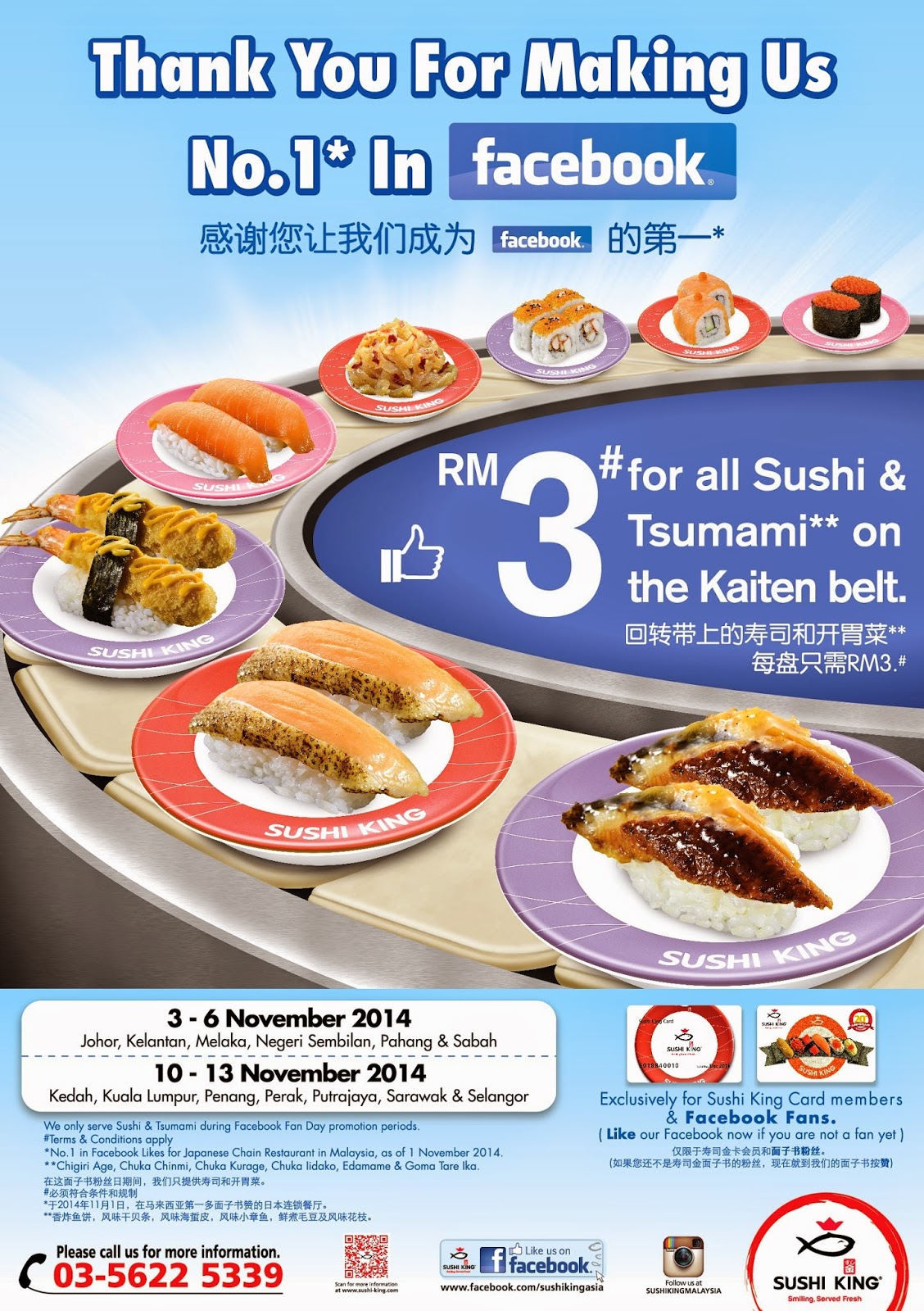 Sushi King is doing promotion again but it is not bonanza offer, but it is special FB Fan Day promotion. Sushi King would like to thank you to all Sushi King Facebook fans which help them achieve number 1* in Facebook.

Please take note on terms & conditions below. such as maximum 45 minutes dining is allowed during the offer due to limited seating and if you do not have Sushi King member card, you'll not allowed to bring more than 2 people to dining only. No take away orders is allow too, so please make sure you arrive to the restaurant earlier to avoid long queue!

Terms & Conditions:
-We only serve Sushi & Tsumami during FB Fan Day promotion.
-Prices are subject to 6% government tax and 10% service charge.
-Promotion is strictly for 2014, 2015 Sushi King Card Members and Sushi King Facebook Fans and is valid for dine-in only.
-Card holders can bring a maximum of 5 people only.
-Each Sushi King Facebook Fan can bring a maximum 2 people only.
-Sushi King will not sit incomplete parties. Seat reservations are not permitted.
-Maximum 45 minutes per dining session due to limited seating.
-Promotion is applicable to rice-based sushi and Tsumami on the kaiten belt only.
-Promotion is not valid with any other Sushi King Card discounts, other discounts or any menu-ordered sushi.
-All food leftovers will be charged according to the normal price.
-All vouchers will not be accepted during the Facebook Fan Day Promotion, except Sushi King RM10 Cash Voucher.
-Please present your Sushi King Card upon payment.
-Ala Carte and Set Meal order are not available during this promotion except for Big Hero 6 Set Meals.
-Take Away orders are not available during this promotion.
-This promotion is not applicable in Sushi King Express AEON Kulaijaya.