A Compilation of Favorite Films

A Potpourri of Vestiges Feature 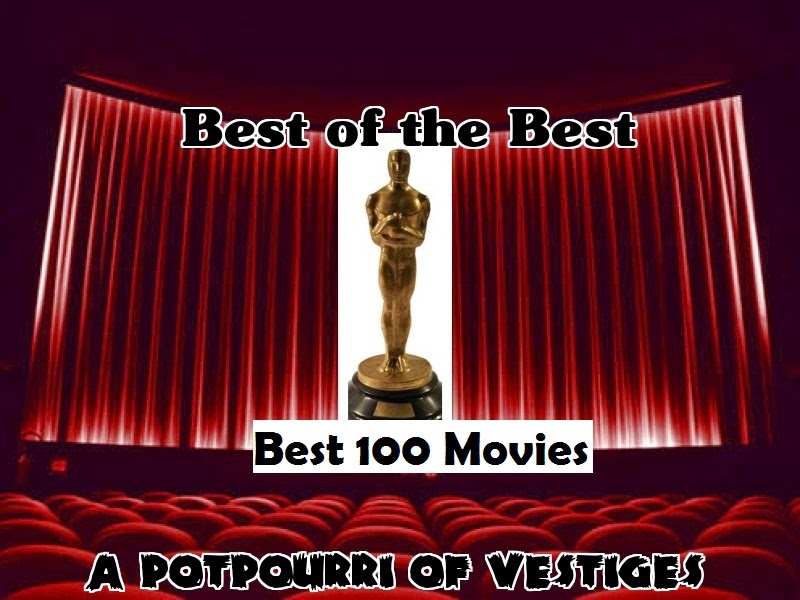 2015 turned out to be an exceptional year for A Potpourri of Vestiges. In the BlogAdda Awards 2015, the blog got featured among the Top 5 blogs in the Entertainment niche for the second year in a row. Indian top blogs featured it in its eclectically chosen Directory of Best Indian Blogs for the third consecutive year in May 2015. Baggout featured the blog at the second spot in its list of Top 10 Bollywood blogs. A Potpourri of Vestiges also reached the milestone of 1.8 million hits during the last year. I would like to take this opportunity to thank all our readers for making this possible.

In my first major blog post of 2016, I bring to you a compilation of my all time favorite films (in no particular order) chosen from the thousands of films that I have watched thus far (roughly over the last six years or so). However, I believe that I have just reached the tip of the iceberg. So, just in case you find one or more of your favorite films missing from the list, it's quite likely that I may not have watched the particular film(s) yet.

Various criteria have been considered before closing in on these these 100 films. First and foremost, considerable importance is given to films which offer some food for thought and have cinematic flair in addition to being socially relevant. Apart from these, various other aspects like direction, screenplay, editing, cinematography, music, and the quality of acting have also been taken into consideration.

I encourage you to share your views/comments in the box below. As always your feedback is highly appreciated!