Search
Menu
John and Steve have been friends for more than a decade now. They were room partners for some time and share a good camaraderie.
John was talking to Steve over phone causally and the topic of what’s happening at work came to the forefront. John took a deep breath and said he was damn bored with the work. The routine of waking up, getting ready for office has become a Himalayan task. John didn’t know what to do. Steve was often the punching bag for  John to crib. 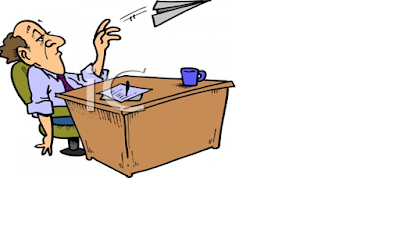 Loading...
The doctors Analogy
Steve calmly heard everything John has to say and said “Dost! routine is boring, but we have a family to feed. So continue doing it”. He said look at doctors, they do the same work, for years, but they are not bored. They do it with the same energy and dedication.
This analogy did make John think, but still he was not an easy chap to please. He was not fully convinced by it. But it did give a new direction to his thinking. John is now focused on finding out why is he bored?
John at the hospital
He happened to visit a hospital a few days back and he got a chance to observe the doctors. He got a chance to pay attention to the doctors, the nurses, the support staff doing the same stuff for years. Steve’s words were resonating in John’s ears. Steve was bang on! Doctors do the same work day in day out of checking patients, prescribing medicines, recommending reports, diagnosing based on reports. But there is a purpose in what they are doing. The purpose is to cure the patient. To bring him to the normal life. To make him get back to work. John thinks he had got the answer to his questions. What keeps doctors to the same stuff for ages is the purpose.
John thought he too will start enjoying the work if there was a purpose. In his case, often the work is purposeless. The only purpose he serves is to please the boss and often he fails in doing so. He misses a larger purpose associated with the work he does and so he feels bored about the work.
What you guys say? Do you agree with John? Send your advice to John through comments