Welcome at this (delayed) episode of our beloved Carpe Diem Haiku Kai. As I already told you in an earlier post (yesterday “post delayed”) I have decided to combine the last episode of February with the first episode of March. Why? Well in March we will read the Quran together, not as a book of religiosity, but as a book of wisdom. And I can say that the Quran is a wonderful book to read, but there are a lot of similarities with for example The Bible and that “triggered” me to create this special month about the Quran.

As I told you in earlier post last month (February) Islam also was spread along the Silk Road. After Buddhism, Islam beacme the religion of this part of the world. Islam, a very young religion that was “born” in the 7th century CE in Mecca. 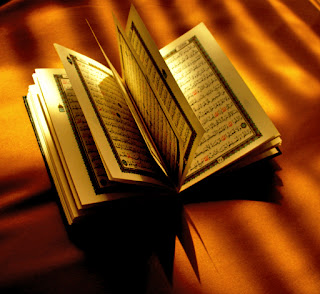 Islam along the Silk Road:

The Islamic world was expanded into Central Asia during the 8th century, under the Umayyad Caliphate, while its successor the Abbasid Caliphate put a halt to Chinese westward expansion at the Battle of Talas in 751 (near the Talas River in modern-day Kyrgyzstan). However, following the disastrous An Lushan Rebellion (755–763) and the conquest of the Western Regions by the Tibetan Empire, the Tang Empire was unable to reassert its control over Central Asia. Contemporary Tang authors noted how the dynasty had gone into decline after this point. In 848 the Tang Chinese, led by the commander Zhang Yichao, were only able to reclaim the Hexi Corridor and Dunhuang in Gansu from the Tibetans. The Persian Samanid Empire (819–999) centered in Bukhara (Uzbekistan) continued the trade legacy of the Sogdians. The disruptions of trade were curtailed in that part of the world by the end of the 10th century and conquests of Central Asia by the Turkic Islamic Kara-Khanid Khanate, yet Nestorian Christianity, Zoroastrianism, Manichaeism, and Buddhism in Central Asia virtually disappeared.

During the early 13th century Khwarezmia was invaded by the early Mongol Empire. The Mongol ruler Genghis Khan had the once vibrant cities of Bukhara and Samarkand burned to the ground after besieging them.  However, in 1370 Samarkand saw a revival as the capital of the new Timurid Empire. The Turko-Mongol ruler Timur forcefully moved artisans and intellectuals from across Asia to Samarkand, making it one of the most important trade centers and cultural entrepôts of the Islamic world. (Source: Wikipedia)
Now we know a little bit more about how Islam was spread along the Silk Road and how Islam became the religion of Central Asia.
new born
winter has gone
first crocuses bloom
© Chèvrefeuille
0-0-0-0-0-0-0-0-0-0-0-0-0
Here starts our new month of CDHK “No human speech can match”. This month, March, we will read the Quran, not as a book of religion, but as a book of wisdom. And sometimes I will tell you a little background and sometimes I only will share a verse from the Quran (or several verses) for your inspiration. In this first episode I love to share a nice quote from the Quran (44:51-56) to inspire you:
[…] “As for the righteous, they will be in a secure place. Amidst gardens and springs. Dressed in silk and brocade, facing one another. So it is, and We will wed them to lovely companions. They will call therein for every kind of fruit, in peace and security. Therein they will not taste death, beyond the first death; and He will protect them from the torment of Hell. A favor from your Lord. That is the supreme salvation” […] (Source: Quran, English translation by Talal Itani)

As I read this verse (Surah 44: Ayah 51-57) than I immediately had a revelation. In this Ayah I see the Holy City, the New Jersalem as is spoken about in the last book of The Bible, Revelations of John.
Or in that first Ayah “Amidst gardens and springs”, those that point also to the New Jersulam or to the Garden of Eden? And what do you think of this idea: “We will wed them”, isn’t that the same what God said?

Another thing that came in mind was the following: In Ayah 56 “Therein they will not taste death, beyond the first death; and He will protect them from the torment of Hell” this can point to the Tibetan idea of Bardo as described in the Tibetan Book of Living and Dying. Or maybe to reincarnation?

As you look at these Ayah in this way than you can almost think that the Quran is created from several other religious books and other ancient knowledge. But I think we have to respect the idea that the Quran was given by God to Muhammed the Prophet.

What a wonderful start this was … I hope you liked the read as much as I did to create it.

This episode is open for your submissions tonight at 7:00 PM (CET) and will remain open until March 7th at noon (CET). I will try to publish our new episode later on.