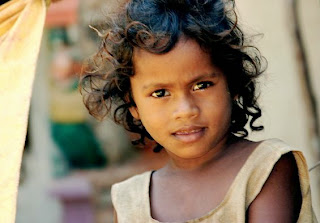 O Ri Chiraiya
Nanhi si chidiya
Angnaa mein phir aaja re
So how many of us remember these lyrics till date? Well, I do. How many of us recall the very first episode of Aamir Khan’s brainchild, ‘Satyamev Jayate‘? I do. And I shall do for the rest of my life. Because it is difficult to forget the things that come back to haunt you.
When I got married four months back, a lot of people blessed me. Most of those blessings were in Sanskrit, which when translated means this ‘May you be the mother of a hundred sons”. I just smiled and nodded. Its 2013 and the fact that people still believe that sons are more precious than daughters came as a rude shock to me. When I first heard of the word ‘gendercide’ or ‘genocide’, I was blinking. Then I too resorted to the information giant Wikipedia for answers. This is what Wiki had to say.
“By analogy, gendercide would be the deliberate extermination of persons of a particular sex (or gender). Other terms, such as “gynocide” and “femicide,” have been used to refer to the wrongful killing of girls and women. But “gendercide” is a sex-neutral term, in that the victims may be either male or female. There is a need for such a sex-neutral term, since sexually discriminatory killing is just as wrong when the victims happen to be male. The term also calls attention to the fact that gender roles have often had lethal consequences, and that these are in important respects analogous to the lethal consequences of racial, religious, and class prejudice.”
Call it any fancy term you want to. Female foeticide, infanticide, genocide or any other. At the end of the day it accounts to only one thing. Murder. And if you actually dare enough to read more about it, you will be shocked to learn about the scale at which this murder happens. When I chose to write about this topic amongst all the others mentioned here, I decided to have a better understanding about it before I could make my own opinions. I did my own research and the results took me away from my existence. I was alarmed and depressed as I clicked links after links wiping away the tears on my face. At one point I even decided to not write about it, as it was troubling me from within. I had not been through the pain, but I did not have to. The information in front of me was so disturbing that I became ashamed of the human race.

5 million girls are aborted in India every year… Five million. That is more than the amount of girls being born in the United States per year. Just search the words ‘female foeticide’ in Wiki. The number of times the word India is mentioned on the page will embarrass you. Just the fact that we have China for company in this heinous crime doesn’t make it any better. Just imagine the callousness of the two most successful countries of the world. 200 million women are missing in the world today. Either they were aborted, abandoned, sold or killed. Doesn’t make a difference, does it? Its not only the males who take the decision to abort the female foetus, they are often joined by their own mothers and rarely by their wives even. Take a look at the Ted video shared below and then maybe you will understand my frustration.
So what hurt you the most? Seeing those Chinese women in pajamas waiting in a crowd for their turn for abortion. Or the story of the Indian lady who strangled eight of her own daughters and buried them behind her house the minute they were born? More alarming than that was the smile on her face and the insensitivity with which she spoke about it. Agreed that she was born in poverty and treated like a slave and killed her daughters so that they don’t go through the same plight. Was there no other way out? Couldn’t she fight for the rights of her daughters? She was alone in her struggle, couldn’t she have been the support her daughters needed? She would have had answers to all these questions, if only she had let one of her eight daughters live. Madame Rita Banerjee has asked the right question in this video. When we say “Save the girl child” whom are we addressing to? There needs to be an assumption of responsibility before you put forth something, doesn’t it?
“Asking me why I need a son, instead of a daughter, is like asking me why I have two eyes and not one?” a woman says just after her first abortion from a state in India. “I want a son as we have a big business, I want what my husband has built from scratch to go to his own blood.” says another Indian woman who has undergone nine abortions of female foetuses. “Raising a female child is like watering your neighbors plant.” says another Indian women who still has not hit the jackpot by siring a son. A few women even believe that they are doing the crime as an act of kindness. “Why bring a girl into the world who will be subjected to a dreadful life of misery?” they say. Justified? To them maybe. Apparently women agree to this act fearing that if they don’t bear a son, they will be replaced by a young, fertile(?) woman, who can bear a son. If people get their biology right, then there would be no need of this talk ever. Somehow the lack of education is a proving to be a catalyst for this issue. For the ignorant, here we go. 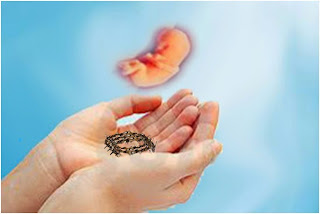 If you think that this callous act is only present in rural areas then be prepared for a reality check. Some of my friends who have been born and brought up in metro cities feel the same. They pray that they should only have male children. And did I mention female friends? Yes. Apparently if its a female child, then they have to invest in more gold during her wedding and take care of her during her pregnancy. Talk about long term planning. What if your parents had done the same thing and strangled you the minute you were born. How would you feel about it? Oops, you wouldn’t have been around to know it right? In rich families the male child is treated and well fed like a king, but the girls are treated like maids and asked to serve their brothers. The male grows up with the same mentality and expects the same from his wife and daughter(if he lets her live). If this is what you mean by carrying the family name forward, then kudos. Also, open your minds to the fact that tomorrow your sons might turn gay and bring home men as their partners. Clearly for the lack of women. Then what would happen to the family tree? ‘Abruptly cut’ is the word that comes to my mind.
Please watch the movie ‘Mathrubhoomi – A land without women‘. This is how most likely India will be in the years to come. If nothing is done about this female genocide.
There is also a part of the country where women are worshipped and taken care of well. Women walk together with men and are given the same respect. Being the youngest of two daughters I’m proud to say that I was never subjected to any sort of discrimination. I was educated well and today my sister and me, stand like pillars supporting my parents in every aspect of life. My in-laws and husband give me the respect I deserve as a working woman. But this is only a single pixel of the larger picture. I was not expected to sit and home and chant mantras for the want of a male child. Believe me there are a lot of people who do that till date. Prayers, havans and week long pujas are conducted so that the foetus if female gets turned into a male. Now what would you call this? Ignorance? Stupidity? Prevention? The picture when seen in entirety is mind baffling and disturbing to say the least. 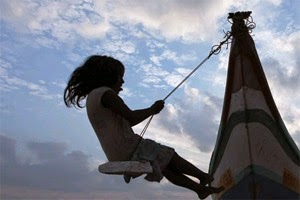 So what do we do about it? Just ignore and walk around like the billion others? Well, I’m not going to do the same. I’m only a single person and a normal citizen but today I pledge that I shall try my best in educating the people around me on this. Education. That is the primary key here. Form a social group, discuss about this on various platforms. It is not the job of Evan Grae Davis alone, it is our responsibility as Indians. As humans. Talk to the people around you about genocide. Only about 1 in a 100 will have an idea about it. Discuss the harm it is causing to the country and the individual undergoing it. You might think that it might not make a difference, but what if he/she goes and talks about it to someone else? And they to someone else? See, that is how awareness spreads. There need not be campaigns or TV ads. Just plain simple talk. Treat the girls around you well. Be it your mother, your mother-in-law, your sister or your maid. Let them know that they are special. Let them know that they can make a difference. Let them know that they are not less than men in any regard. Make them feel good about themselves. Make them want to give birth to other females. Let people not dread the three words any more.
It’s a Girl.
Look into the mirror, and look at yourself. Would you have been standing here if your mother had decided to kill you when you were the size of a peanut? How would you react if your mother told you that she had hoped for a male child, but unfortunately you turned out to be a girl? How would you feel if the wife you love so much today had been strangled the minute she was born? 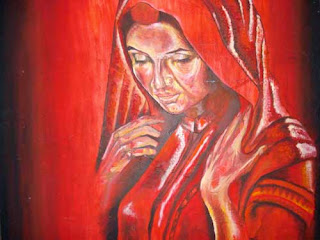 Now, turn the mirror around and look at the people around you. Look at their plight. Their ignorance. Their vanity. Their sexist beliefs. Their anger, disgust and insensitivity towards women. Is it justified?
Its late. 200 million women are already missing. Please make sure your daughter or grand-daughter don’t join the list.
This post is written as part of ‘The Idea Caravan‘ for Indiblogger. Franklin Templeton Investments partnered the TEDxGateway Mumbai in December 2012.
Check out the ‘Its a Girl’ documentary film here.