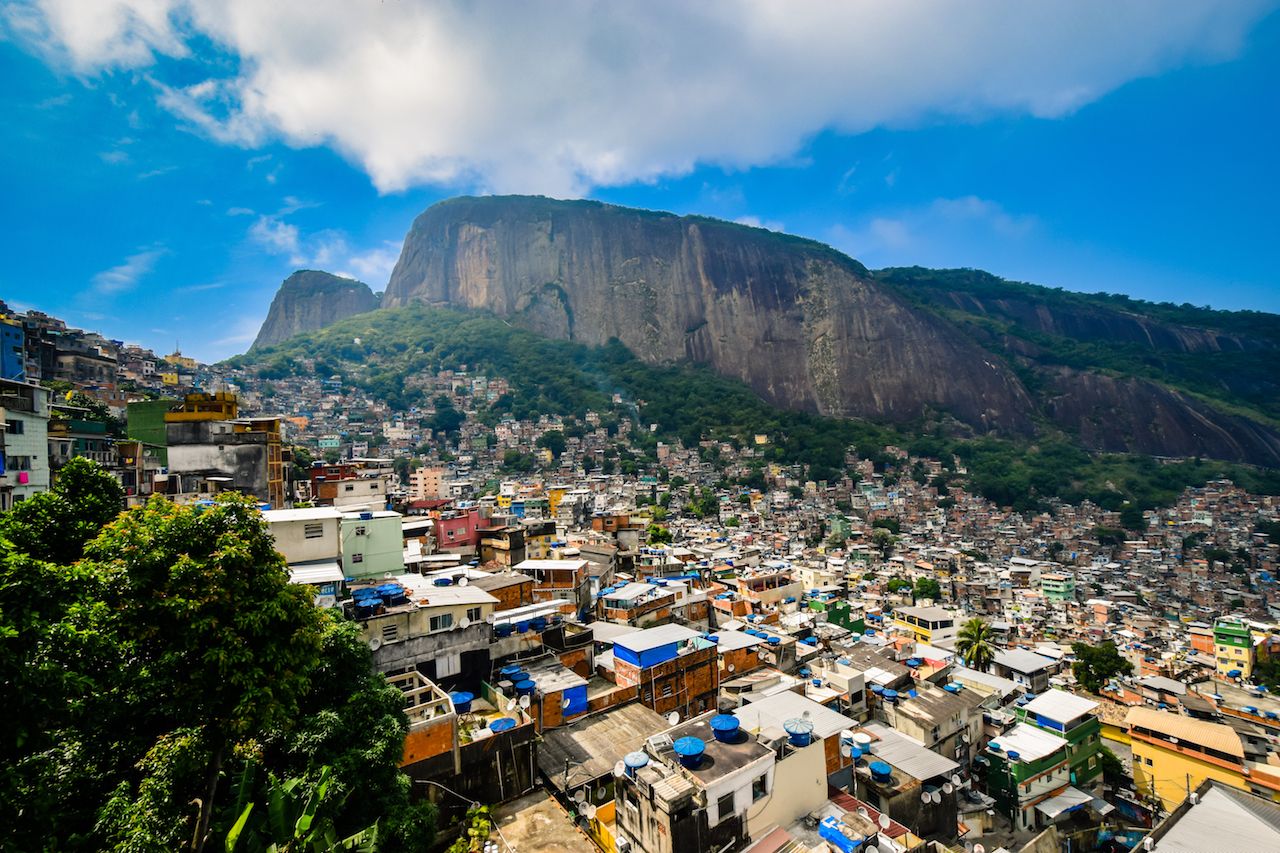 People hear “Brazil” and think samba, fútbol, and Rio. But there’s another story happening across the country. Taking place in one of Rio’s roughest favelas, Matador Studios’ Secret on the Hill follows Monique Silva, a young Brazilian American woman seeking to reconcile her relationship with her dad. In a country where HIV is stigmatized, her father’s concealment of his condition led to decades of psychological trauma. Monique’s journey back to Brazil to confront her father about his condition marks a brave turning point in both of their lives. We sat down with Monique and Matador cinematographer Blaze Nowara to discuss the film.

How did you guys come up with the idea to document this story?

[Monique] Blaze brought up the possibility of filming an original story for Matador. I quickly suggested sharing my story. I felt like it was an important story to share, not only because it’s about rebuilding a family relationship, but because it brings awareness to a health issue that’s still present in thousands of people’s lives.

Blaze, how did you feel about filming (and witnessing) such personal moments?

[Blaze] Being part of this experience was special for me. I knew how nervous Monique was to speak with her father about this topic. I felt privileged to witness the two of them connect and finally discuss something that has been on both of their minds for the longest time. I filmed multiple long Portuguese conversations having no idea what was being said yet at the same time was able to feel the incredible energy of a daughter and father bonding.

Monique, how has this experience changed the relationship between you and your father?

In the past I had doubts about him and our relationship. Talking about this previously forbidden topic was therapeutic for us both. It helped me understand his side a little bit better, and brought us closer together. I find myself being more open and honest with him, and we talk a lot more now.

What was the most challenging aspect of shooting the film?

[Blaze] There were two major challenges. The first challenge was approaching the topic with sensitivity. I was meeting Monique’s father for the first time. I didn’t want to shove a camera in his face. The last thing I would ever want would be for her dad to think that we are exploiting his situation.

The second challenge was filming safely in Rio. I had heard loads of horror stories from filmmakers and travelers about the rampant theft in Rio. I felt so welcomed by Monique’s family that after a few days of filming I let my guard down. On the fourth day we were robbed at gunpoint. Two men on a motorcycle pulled up next to us on the street, pointed a gun at us, and demanded my wallet and phone and Monique’s purse, which unfortunately had one of my cameras in it.

Did the robbery impact your filmmaking process?

[Blaze] The robbery happened on the fourth day of a two-week shoot. The first few days I was running around filming on the streets without a care in the world. After the robbery, everything changed. I was hesitant to take out my camera in public. I was constantly looking over my shoulder. Every passing motorcycle made me jump. Worst of all, Monique’s family was very worried about us. After the robbery, they forbade us from going to certain parts of the city and made us stay in a safer neighborhood in the city.

What did your mother say when you told her about the idea for the film?

[Monique] She got very excited when I told her about the film, and was super supportive. She knew I had been struggling with this for a long time. She actually thanked Blaze for facilitating the conversation between me and my dad. Also, she was the first person who saw the film when it was finished. She loves it.

What did your dad think about the film?

[Monique] He was a little hesitant at first when we spoke over the phone about the film. I wasn’t sure if he was going to be willing to talk about it with me, let alone on camera. I initially spoke to him about filming but didn’t talk about the topic of the film. Once we were at his place in Rio, everything flowed organically and he became more comfortable and open.

What was your favorite part?

[Blaze] I loved meeting Monique’s father. From the minute we met I felt comfortable with him and I think he felt the same way about me. I don’t speak Portuguese and he doesn’t speak English but we were able to hang out for hours gesturing and laughing together. We vibed and that made the filming process much easier.

More like this: Matador Originals presents In Her Shoes: A day in the life of young women around the world

The post Here’s the secret in Brazil people don’t want to talk about appeared first on Matador Network.