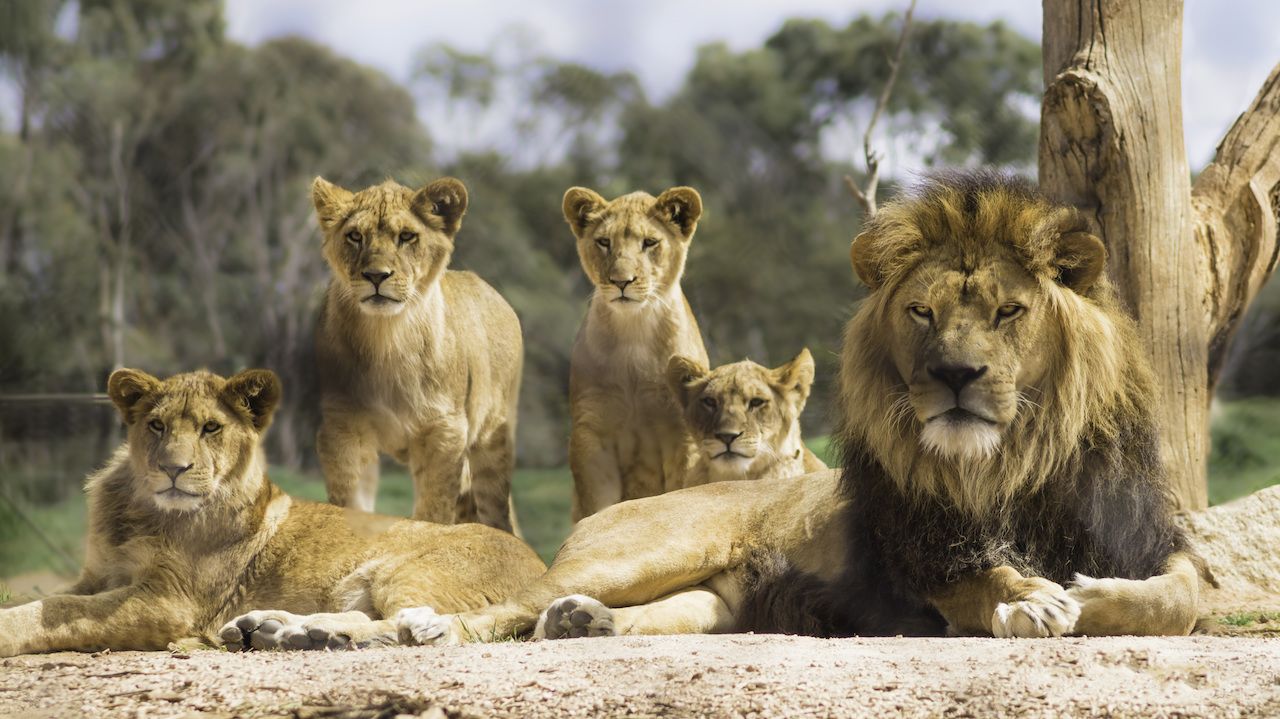 The jungle might be a cutthroat place, but at least in some cases, animals have each other’s backs. Earlier this week, a group of rhino poachers was attacked and eaten by a pride of lions after the poachers broke into the Sibuya Game Reserve in South Africa. Nick Fox, the owner of the reserve, told Buzzfeed News that a staff member discovered the human remains near a pride of six lions on Tuesday. “That’s when they found the ax, various pieces of clothing, shoes,” Fox said.

While it’s unclear exactly how many poachers were killed, at least three pairs of shoes and gloves were found. It seemed like the poachers had come equipped with a high-powered rifle with a silencer, wire cutters, and an axe for cutting rhino horns. The rifle is currently being examined by investigators to see if it’s been involved in other crimes.

This isn’t the first time poachers have targeted this particular reserve. In 2016, three rhinos were killed in the park for their horns. There are fewer than 30,000 rhinos in the world, and South Africa is home to more than 80 percent of the population, so any rhino death is considered detrimental to the survival of the species. “I just thank my lions,” said Fox. “They saved our rhinos from another onslaught.”

More like this: Young gorillas are working together to destroy poachers’ traps in Rwanda

Nicole Lipman Member since May 9, 2014
Loading + Follow Following
Previous story :How Digitization Of Your Salon Can Help?
Next story :How Do You Keep The Documents Safe?

A walk in the park? Not so easy as festivals take over green spaces

Cash-strapped councils are allowing more and more fenced-off events – to the dismay of locals As summer temperatures threaten to set new records, there are few better places to escape the stifling indoor heat than your local park. Yet growing numbers of people are finding their park has been fenced off for weeks to host […]

The coolest saunas around the world

The sauna is one of Finland’s most important contributions to the rest of the world, having outlived Finland’s other exports — among them Nokia flip phones, Angry Birds, and Sibelius symphonies — in its enduring popularity. As one of the most northerly countries in the world, it’s no wonder that residents of this frosty place […]

Cedar Point is to roller coaster enthusiasts what Italy is to foodies. The world’s best roller coasters are packed onto a narrow peninsula jutting out onto Lake Erie, where spectacular water views await atop some of the tallest thrill rides on the planet. Steep drops, neck-breaking turns, and cell-phone-stealing inversions await below. The problem, of […]

Lessons from JetBlue in focus and accountability

If you ask the typical airline revenue manager to include bag fees in his objective of maximising passenger revenue, he is unlikely to do anything differently. He is forecasting demand for each flight for the next six to 12 months in $15-$50 fare increments – demand for $79 seats, demand for $99 seats, and so […]

You might be used to sipping your iced coffee through a straw, but Starbucks is changing the coffee game by phasing out plastic straws in all of its locations around the world by 2020. What will replace the straw? Specially engineered recyclable lids, which allow for easy sipping — very similar to the traditional sippy-cup […]

Sleeping in a Japanese capsule hotel

If you would describe yourself as penny-pinching but definitely not claustrophobic, Japan has the perfect accommodation for you. Capsule hotels are one of the most iconic types of dorms in the world, offering lots of very, very tiny pods for people to sleep in for an even teensier cost. The very first capsule hotel went […]

There are many reasons why you may need a loan. When applying for one, a common requirement that lenders have is that you ought to have a good credit score. But what happens when you have a bad credit score and still need a loan? Whether you need the money for an emergency or to […]

Staying Healthy When Working From Home: A Guide

Working from home has now become the new normal for an increasing number of people. However, being locked to a computer screen all day is not always the best strategy for continued health and mental wellbeing. To make sure that you can stay happy and healthy when working from home, read on for more information. […]

You’ve probably come across videos of cats getting scared out of their wits once they spot a cucumber around them. In most cases, these cats either flee in fear or bounce into the air. However, the big question is, are cats scared of cucumber? If they are, what is the basis for such a fear? […]

How Technology is Improving Businesses in 2020?

Introduction If you look back to 5 years from now you will get surprised that the business has drastically changed. At that time, businesses had not adopted social media. After the integration of social media and consumerism, many businesses took exponential growth. At the same time, many businesses have disappeared from the market who hadn’t […]

Working from home has gotten a lot of positive and negative reactions from businesses all over America. Some believe it was a blessing to their employees and work ethic and dedication has risen; others have found it hard and grueling, and a struggle to keep people engaged with the work at hand. But many have […]

The Green Economy and Tech Development

As the move into the information and data-driven age intensifies, the green economy is becoming more important. Rather than being viewed as an obstacle or challenge, the new normal of environmental protection must be seen as an opportunity. As with all enterprises, technology will have a role to play and provide opportunities that may not […]